It was an early morning, like all my other Thursday scans. My mom and Jensen’s dad had to work, so I had to get Jensen and I to the hospital before ten. Which might not seem like a huge feat, but, remember, he wouldn’t let me eat before ten; even at thirty-seven weeks pregnant. The doctors wanted me to eat before the scans though. Thankfully I quickly found out Jensen had a thing for McDonald’s breakfast. He’d allow orange juice, an egg and cheese bagel, and a hash brown on our early mornings. This morning wasn’t any different.

While eating breakfast and driving to the hospital, he kicked and danced around to Usher. He absolutely loved listening to his songs. Of course I sung to him and was engrossed in our mommy and Jensen time. Smiles and laughs came so freely then. Those were my favorite moments in my life.

The appointment seemed really ordinary. I was noticeably the most pregnant person waiting to go back for the scan. Walking at that point to the wind right out of me, so sitting there waiting was a relief. All the moms in the waiting area talked and shared about their pregnancies. I swear Jensen kicked every time he heard his name. I felt so normal. I took it for granted. My whole life felt like it was falling into place and I was perfectly happy. It just only crossed my mind that it was the last time I talked to people, outside my family and friends about Jensen and motherhood before he was gone.

Our conversation ended when the technician called out my name. I had never had him before, but I saw my bulky folder. Twice a week appointments call for a lot of papers. It took me a minute or two to finally stand, but I made my way towards him. He walked a whole lot faster to the room than I could waddle, but eventually I got there.

Everything was already set up and he didn’t even warm the ultrasound goo before it went on my belly. I can remember trying to joke with him, but he was trying to get the scan done quickly. All the images were really choppy because of how fast he was moving the wand. The screen showed Jensen moving his hands to his mouth and moving his legs all around. His heart was beating strongly at 132 bpm. He was practicing his breathing and I remember seeing his nose. In all, it last about ten minutes; which was quick considering the past few weeks college students had been observing scans. But he said Jensen looked perfect and didn’t seem at all concerned.

‘You have no worries.’

I’ll never forget him looking right at me and saying that. All my worries went away when I exhaled. My baby was perfectly fine and obviously I had ‘no worries.’

Then I began my trek back to the car. My hands literally had to cradle my belly to carry his weight. Jensen seemed to have gained a pound a day. Well that’s what it felt like in those last weeks. I remember just holding him and humming. When I got out to the parking garage, I felt like he had dropped even lower. I rubbed where I knew he was laying and I whispered as I walked an assuring statement to him.

‘The next time we’re in this hospital, you’ll be born.’

For some reason, I was SO sure he was coming in that next week. I wasn’t being induced or anything like that, but I felt it in my bones. He seemed to be okay with this statement because he nudged me in a way I hadn’t felt before.

I knew my life was going to be forever changed… just not in the way it did. 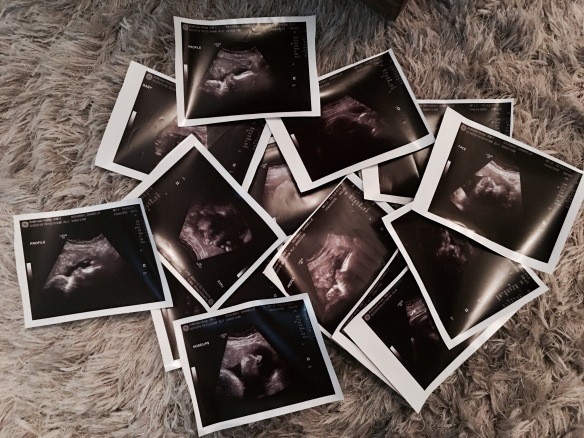 This day last year was the last time I ever saw my son alive. It’s the beginning of the five days that constantly replay in my head. I’ve talked about flashbacks and reliving the moments before, but on the big, grief days they play out so much more vividly. I can attest, they hurt. Those moments of seeing him move and watching him do everything that he was supposed to do made me so proud.

Being told he was going to be just fine pushed out any bad thoughts I may have had. I was in a blissful state anyways, but it just made me float higher. When I look back and realize how quick the scan actually was, I wish he would have taken more time out for me. Would he have caught something that was wrong? Was there something there that he missed

How does a baby who passed all the tests die in four short days?

The other haunting part of this day was me knowing he’d be born soon. Why couldn’t I have just been induced right then and there? If I had a feeling he’d be coming soon, why didn’t I just go to the hospital? No one knows the answer to what would have happened if one thing had been different. There’s a huge possibility that even if he was taken out early, he still would have died.

It hurts and my brain is still trying to figure out what went wrong.

Until Wednesday, I’ll be writing a lot. There are raw emotions coming to the surface that I need to sort through. All of your support through this year has been amazing. Thank you for bearing with me and allowing me to talk about Jensen and facing (again) the worst moments of my life.