I wish I had mother tattooed right on my forehead. Minus all the judgement I’d get with a giant word on my face.

There’s moments where I feel like my motherhood is not validated. Especially with Mother’s Day coming up and the feeling there’s kids all around me lately. I can tell people are starting to forget. They don’t see me and instantly think, ‘her baby died,’ anymore. Which isn’t a bad thing, but the ignorant, mindless phrases feel like they’re surrounding me again.

The year mark didn’t make me feel as if I was all better now. Most moments lately, I feel worse. As if I’m still waiting for him to start crying in his room so I can go pick him up. My life is a nightmare I’m still trying to wake up from. Losing Jensen and the aftermath that has come is the most uncomfortable experience. I haven’t stopped thinking about him. Not even for one second. Which makes it hard when people forget him or my motherhood.

‘Danielle, those people’s opinions don’t matter. You’re the only one who gets to control your emotions,’ I constantly tell myself.

This is your journey, your motherhood. No one can take Jensen and his memory away from you. You carried him for thirty-eight weeks and two days. All he ever known was love and the sound of your heartbeat. He loved you. You did your very best growing and birthing him.

But here I am. Lost in this grief wonderland and wondering if I’ll ever get out.

My flashbacks have came back. Not of his birth or finding out he didn’t have a heartbeat, but the emptiness in Jensen’s home in those following weeks. It felt like this huge chunk of me had just be ripped out. The pain and hollowness was so eerie. I didn’t want to look in the mirror and see me so broken; maybe I didn’t look any different on the outside, but I saw what was missing. It was heavy and light all at once. The feeling was so unnatural. Maybe that’s what it feels like to be gutted. Trying to put everything back to where it goes, but you can just tell it’s not where it needs to be. Then there’s the urge to mother your child, by they’re not there. Everything happens. Your milk comes in, you can’t sleep, and your arms literally ache. The body naturally does those things, which makes losing your child even more unnatural.

Those weeks, which would be this time last year, keep replaying. It doesn’t help with the story I heard last night on our ghost tour.

The first woman hanged in Georgia was pregnant at the time she was convicted. Of course they wouldn’t kill a pregnant person, so she had to wait until her child was born. Her whole pregnancy she knew she was going to die. She had no idea what was going to happen to her baby afterwards and had no control over it either. The last months of her life, she grew this beautiful life inside her, but she couldn’t feel anything but dread until the day her child was born. I can’t imagine what went through her head. Would she have tried to bond with her child or be unattached? Did she have a name for him or her? What wishes did she have? Maybe there’s answers to all of these or none at all.

After months of waiting, it was time for her child to be born. The baby was born and taken straight away from her and right after she was taken to meet her fate. She hung there in those last moments, wondering what was going to become of her baby and her soul. Her labor of love was taken right away from her. I wonder if she felt that emptiness and hollowness as she died?

What’s even more tragic about the story is her baby died a few hours after his or her mom. The guide didn’t say how or even the name and sex of the baby. Just that he or she died. I hope the baby didn’t feel that same feeling. After only feeling love and warmth for all those months, then being taken away from that to who knows where.

I remember just feeling the pit in my stomach as I did last year. A big part of me wishes she knew her child died, so she didn’t have to worry about him or her. They’d be together in the end, but she had no idea. She thought she was just leaving and the baby would never understand why. And the baby only wanted his mother. I don’t know whether it’s terrible or happy that they got to be together so quickly.

When the story settled down on me as we drove home, I kept thinking about how her whole love was forgotten. No one says her child’s name, just that their mother was the first woman hanged in Georgia.

I know that’s not my situation, but it resonated with me. The emptiness after giving birth and her knowing she’d never see her child grow up… I feel that. I want Jensen’s name to be remembered too. Maybe not in a ghost tour, but through the love I have for him. I don’t want it to be poor Danielle, her babies death caused her so much pain. It should be the love Danielle has for Jensen has brought her so far in his absence. He has brought her so much happiness in her tragedy.

Or maybe I’m just being overly dramatic and none of this makes sense. Yet, this is how I’m feeling and I always keep it real with you all. 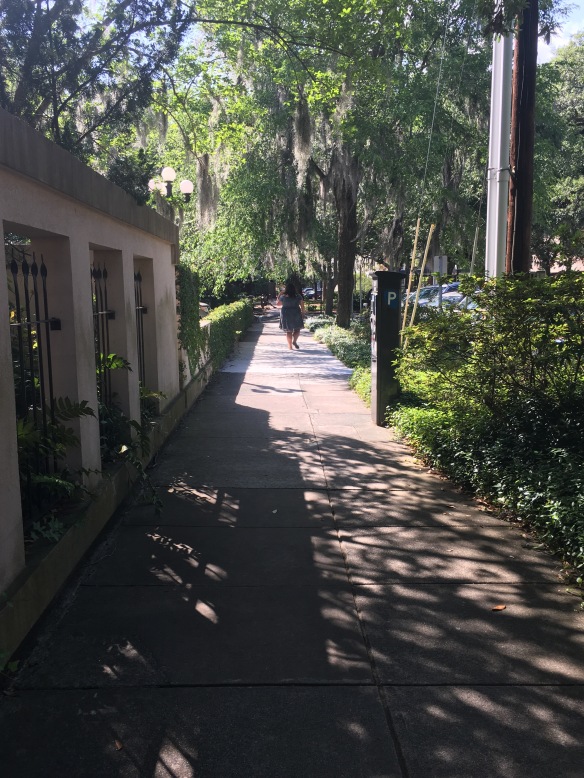 4 thoughts on “The Hollowness I Feel in Motherhood. ”