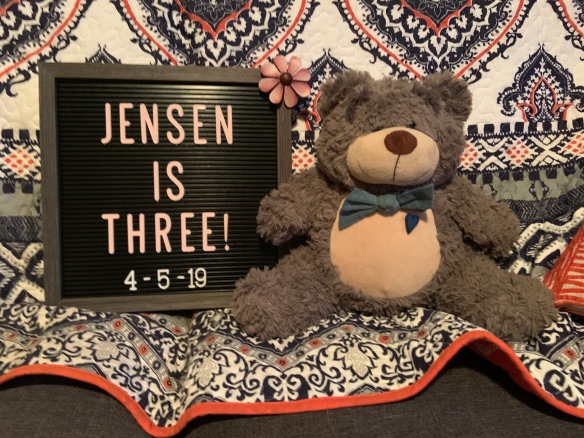 After a little social media break for the weekend, I wanted to share about Jensen’s birthday and his party. As you can see in my previous post… the day before his big day was hard. I was so afraid I’d wake up and feel super negative on Friday. Fortunately, that wasn’t the case at all.

Mila and I had a quiet morning and read On the Night You Were Born again. She cuddled Jensen bear and I told her about the importance of the day. Obviously she doesn’t get it yet, but I feel like telling her is needed. After getting ready and dressing her in her blue and orange dress, we went to brunch. I think that would have been something we would’ve done with Jensen. His day would’ve been special if he was here and it should be now too. Mila sure enjoyed it too though. 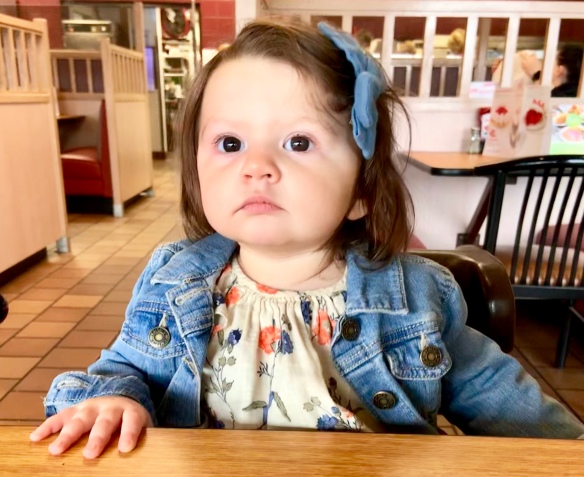 When brunch was over, we went to get Jensen’s balloons, cake, and ice cream. I think it’s awesome that we still have a party for him, but it sort of stings too. At this point, I feel as if he’d want input on his parties and certain things. It’s hard to see a whole range of different party supplies and be stuck. Maybe no one else thinks of that. I just always wonder what his interests would have been. Those type of thoughts probably won’t stop with me. My imagination is always running, especially about Jensen.

We ended up picking a nice chocolate cake, blue balloons, and a big silver three. The funniest part of the day was being stuck in the car with Mila and my mom with all the balloons. It’s so nice to be able to smile during the hardest times.

At home, his little party started. We had Mila and her cousin play and the adults got to talk. Of course we took 100’s of pictures as we do. We got to sing happy birthday to Jensen and help blow out the candles. The kids also got to dig in to the cake. Mila maybe got a little too into it… she’ll have no problems on Sunday. Then we got to let balloons with messages go. This has been our little routine for his birthday for all three of them. It’s such a release and I just love feeling supported on his day. Mostly, I just know he’d love it too. 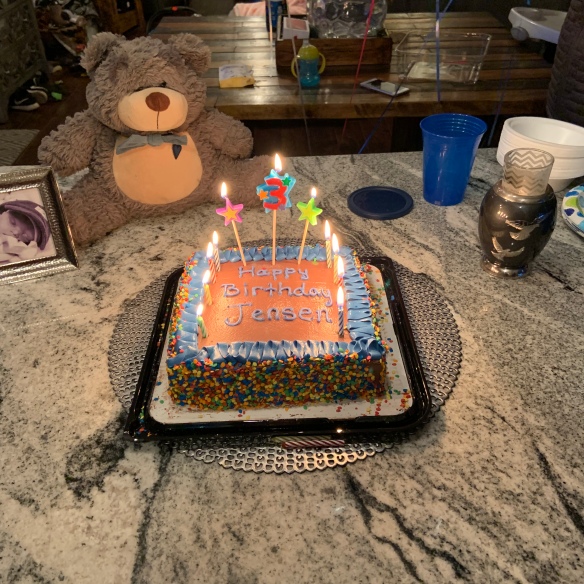 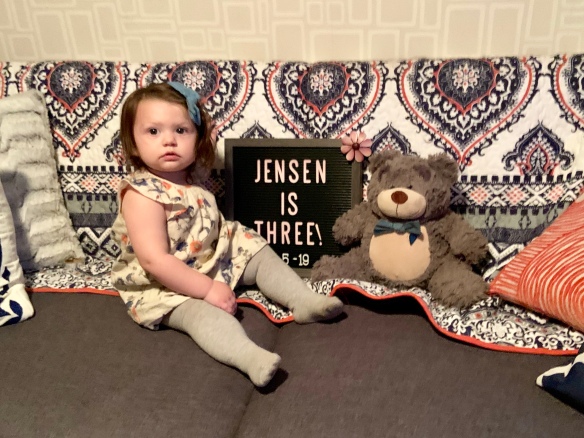 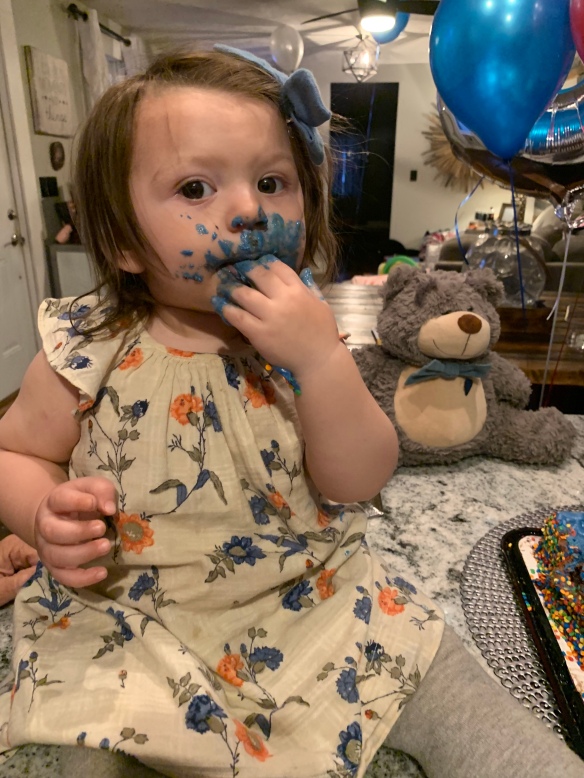 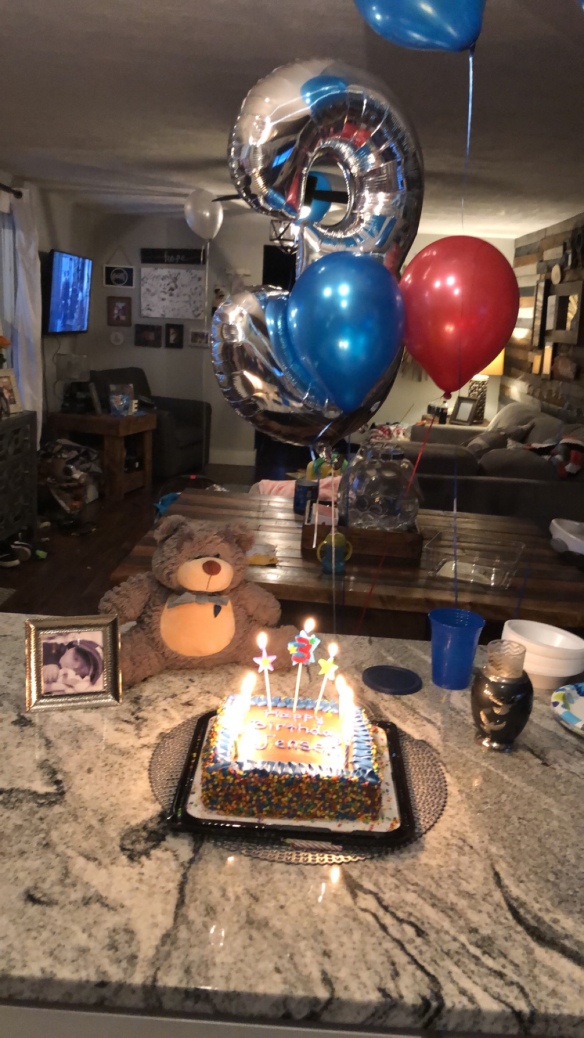 After his birthday, I definitely needed a break. I didn’t even get on social media or really have my phone a lot the last week. Around this time of year there’s so much going on and too many thoughts to process. There’s been so much I learned through my grief and life since he turned two. Everyday I wish I could see him and know his little personality more. I miss him more than words can describe and love him even more than that. I’m so thankful for all the support him and I have.

Now we’re onto another year of grief. I don’t know where it will lead my family, but I know Jensen will be right there with us.